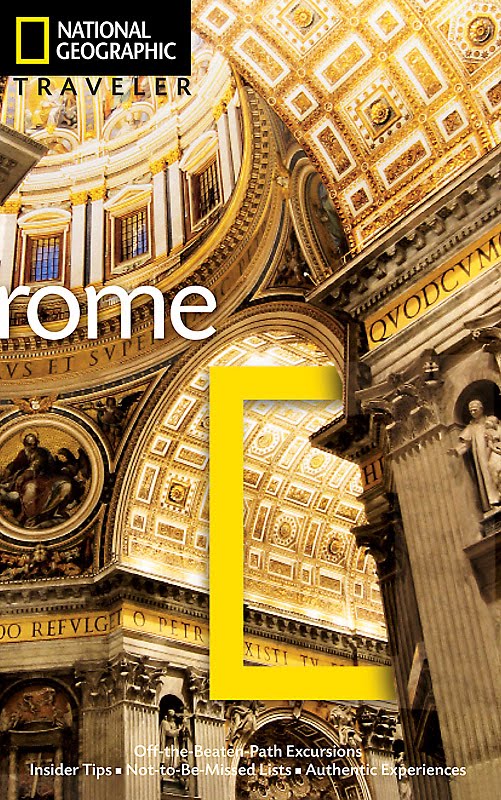 I think I announced this before but the National Geographic Traveler Rome Guide on which I have the cover photo was just published but I haven’t seen it yet, a friend told me his Dad got it for his birthday! NG is supposed to send me some copies, we’ll see….

The story behind the photo- I was staying with my brother Cary who was living in Rome while enrolled in the University of Washington School of Architecture. I went to St. Peters several times, mostly just be in awe of the incredibly voluminous interior and dome (the Space Needle would fit inside laying down). One afternoon I took a few pictures with a little point and shoot digital, opting to leave the “real” camera at Cary’s apartment. I found it very difficult to capture the interior in a way that would show the true scale and I didn’t want any people in the shot so I pointed it up at an angle instead, framing from the top of the dome to just above the heads of the passers-by. I braced the camera on the base of a massive column because, like most any big city these days, tripods are taboo most everywhere in Rome.

Here is a screenshot-