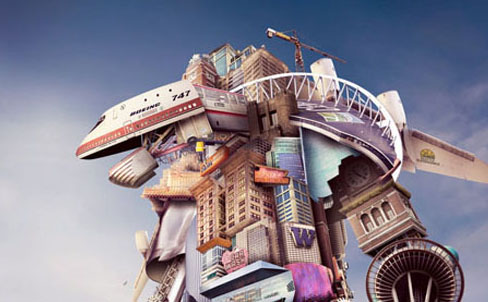 I am so excited to preview this new project, a collaboration with Josh Dykgraaf, an incredibly talented illustrator and graphic artist based in Canberra, Australia.  I have been shooting photos of the Seattle skyline for several months and sending them to Josh.  He then cut out pieces and put them back together as a creature.  We contemplated sort of creature would represent Seattle and came up with a Sasquatch.  I was so blown away by what josh came up with!  Update – final image below!  Josh also put it on his Deviant Art page and it was very well-received.  Also go check out his great Facebook page.  Here is his description –

“The North American version of the Sasquatch (Bigfoot) legend started in this area, that combined with the high tech nature of this part of the States and I had the basis for my concept for this city. Seattle represents the headquarters or starting point for companies like Boeing, Amazon and Microsoft among a host of other software companies.

This was a pretty difficult project to work on as I’ve never attempted to make a biped before, it’s also difficult to make one without it looking a bit like a Transformer, although I think this is quite suitable given the amount of tech that is here.” 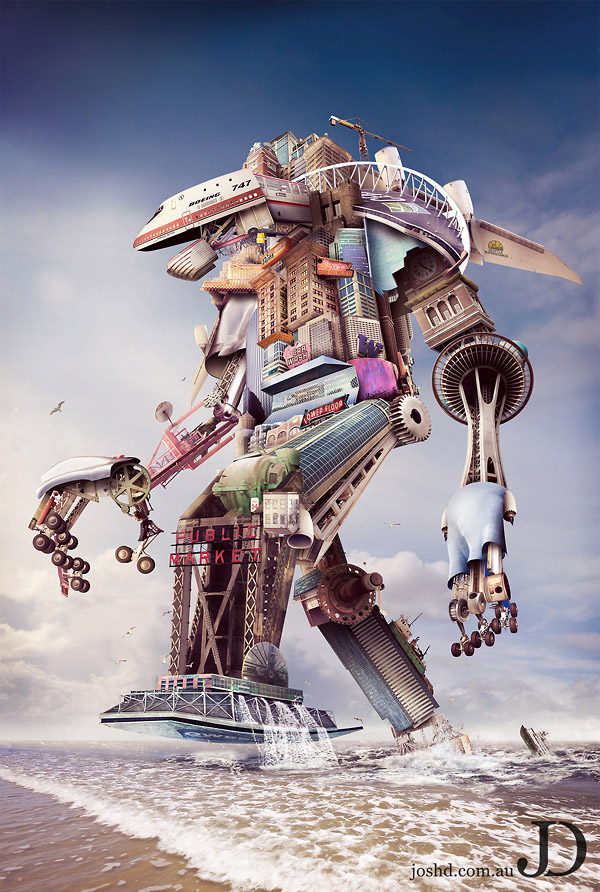