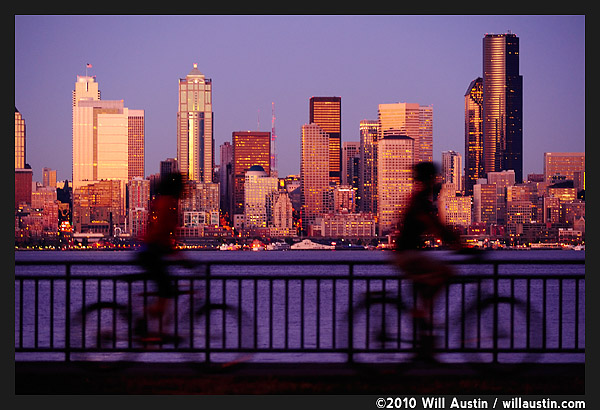 I ran over to West Seattle the other evening around sunset to see where the full moon would pop up.  The moon was rising just south of due east, but if you look due east from the northern tip of West Seattle you will face the stadiums south of downtown.  So the moon came up over Beacon Hill, rather than over downtown which is actually northeast of West Seattle.  Confused yet?  Here it is rising over Beacon Hill/Harbor Island.  Notice the man on the left side of the dock holding his child, he has a camera on a tripod too! 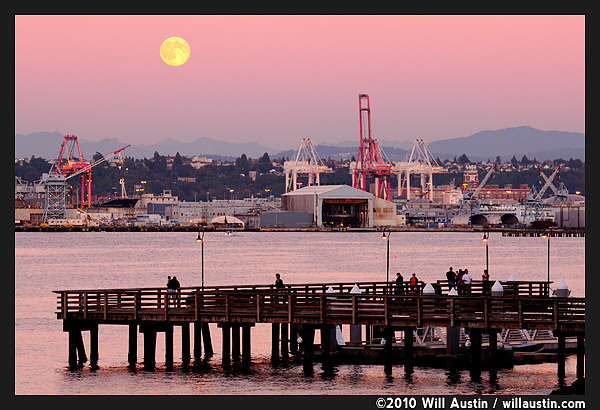 Not satisfied, I did a little photo trickery and put the moon between some buildings downtown.  This is NOT photoshop, rather a double exposure done in camera. 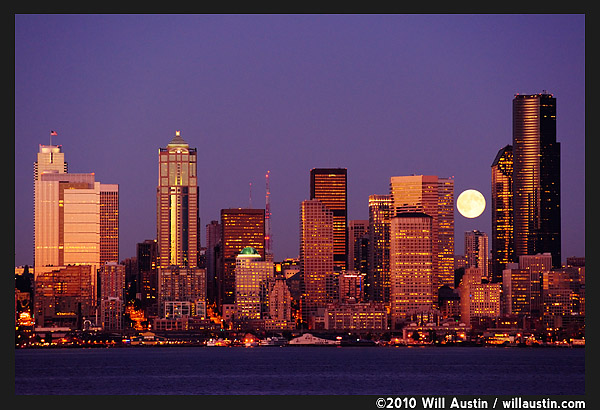 I stayed and got a few more nice shots of people out having fun on a rare warm Summer night in Seattle. 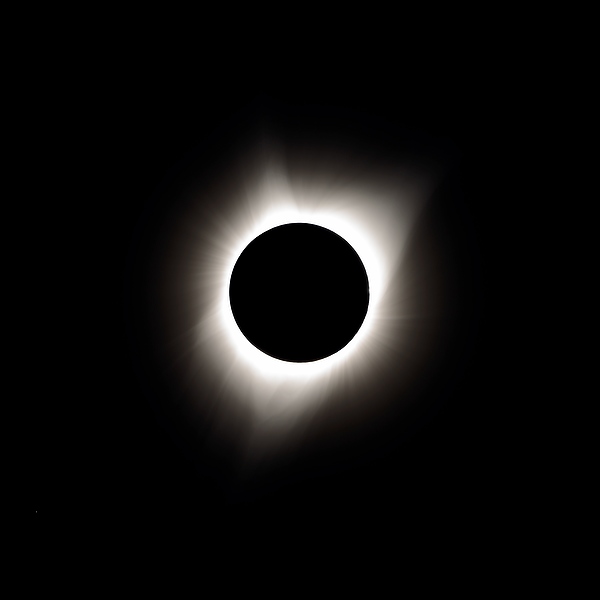 It has been a while since I last blogged but I'm excited to tell the story of our solar eclipse experience!  We... 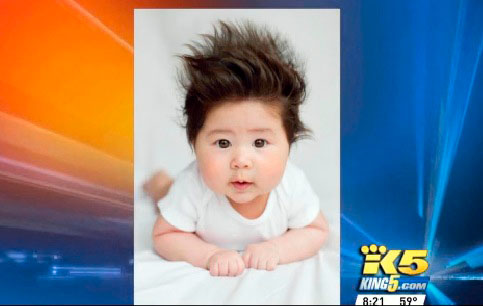 Just a quick note to let you know that I was a guest on KING/KONG TV in Seattle yesterday morning.  We were talking... 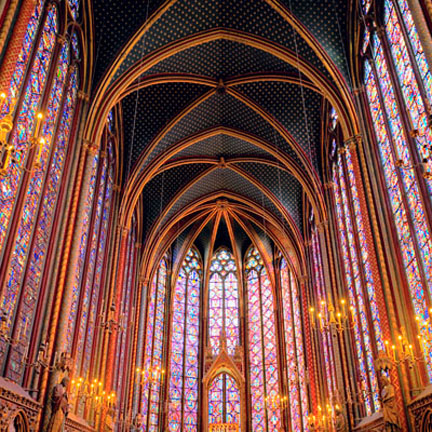 I used some great new software called HDR Express on some of my Paris photos, and my friends at Unified Color...